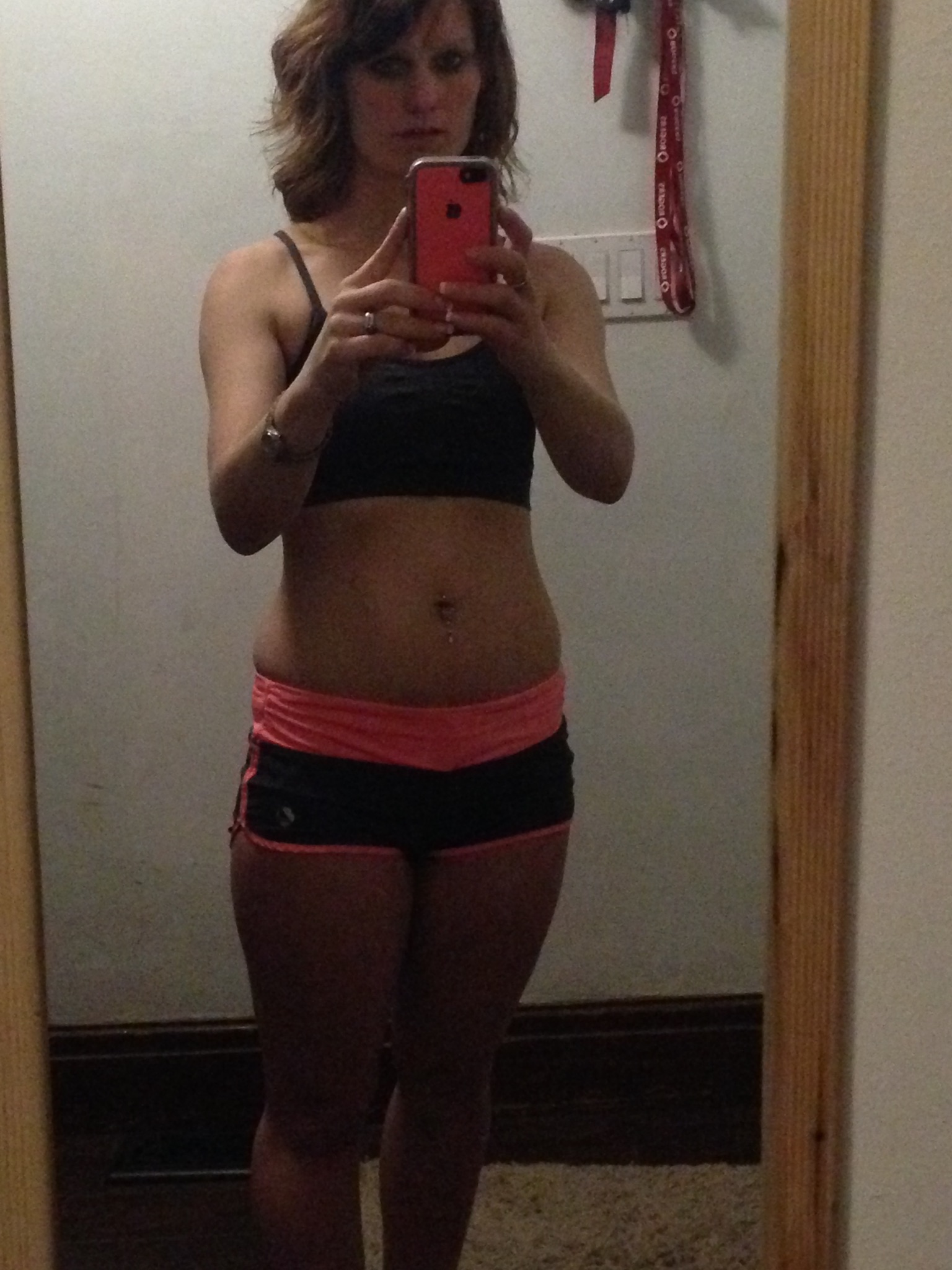 I went to a beginners class once a week that was 1 hour for the first year. I remember how challenging it was just to learn how to climb the pole and invert.

After 6 months of doing pole, I did little photo shoot posing on my pole. I posted a few pictures on Facebook and used one as my profile picture. That was the moment that I publicly came “out” as a pole dancer and it was scary as I wasn’t sure what people would think. There is still a lot of stigma around pole so it is a difficult conversation to have sometimes as to what I do for a hobby and fitness.

By the end of the year I could climb, invert, do gemini and scorpio, superman and was working on cupid. I was doing preps for shoulder mounts but it felt like I was never going to be able to do it. 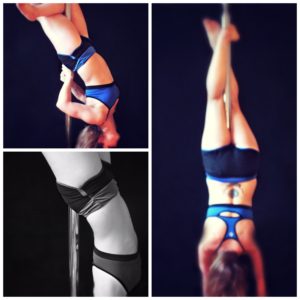 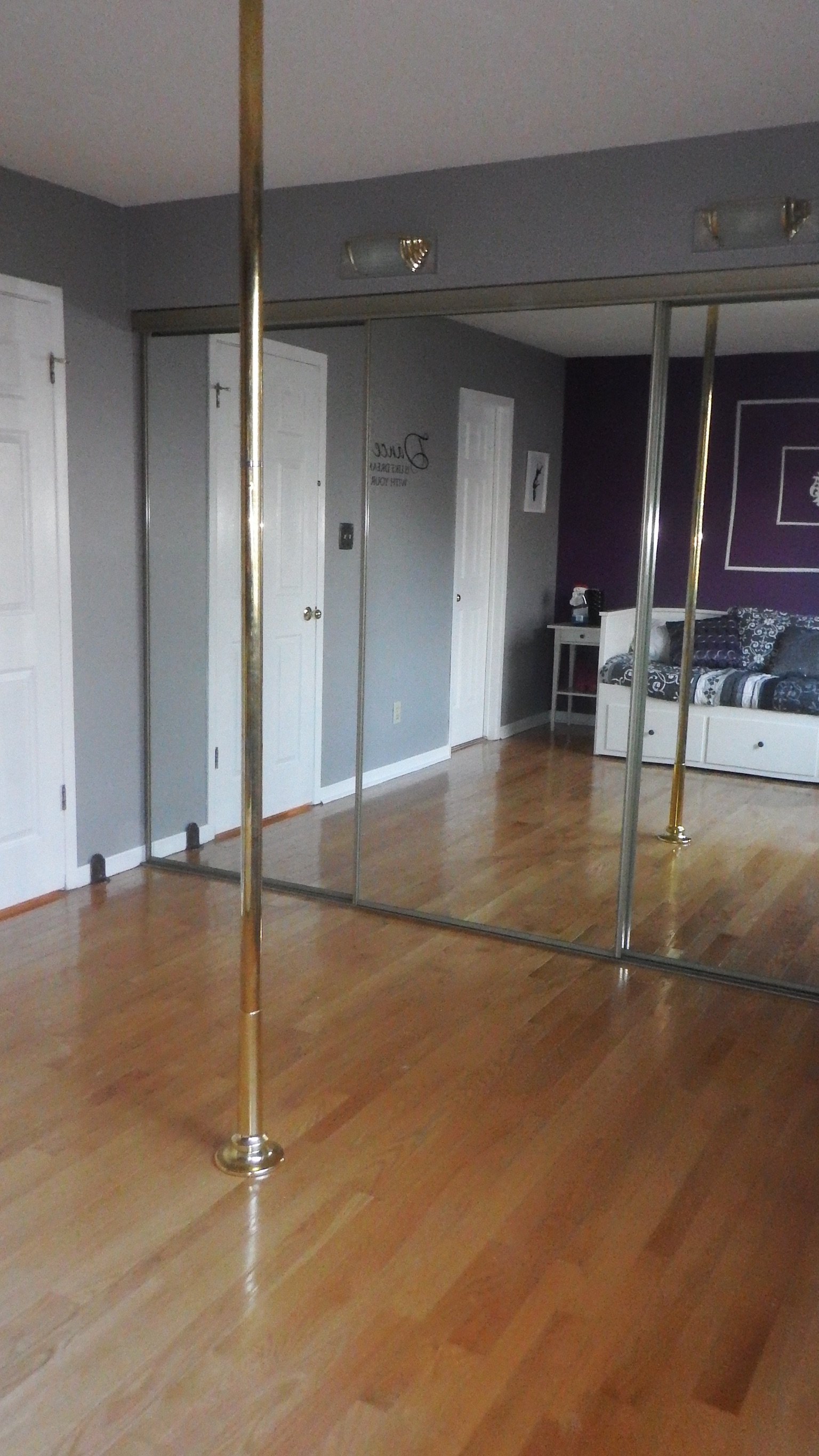 We moved into a new house at the end of the year and turned one of the bedrooms into my own dance studio. I finally had a large room that I could practice in with enough space around the pole and large mirrors on the closet doors. My husband bought me a professional Platinum Stages brass pole for Christmas. I was all set to do some serious training.

Once I got my pole it took me over 8 months before I signed up for a class. Classes were not running during the summer and then my schedule just never worked to be able to go. I think my husband was starting to think that the pole was going to be another abandoned idea like the gym memberships and home equipment were. 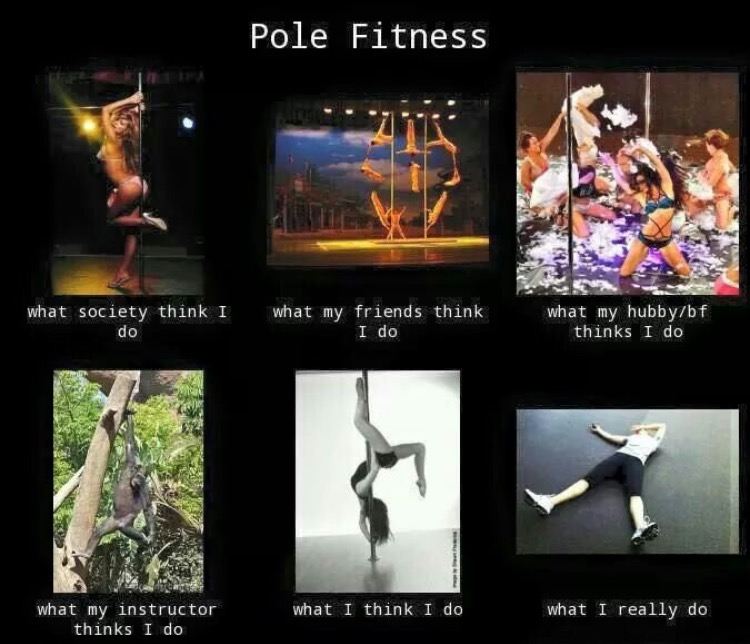 January 2014 I made a New Year’s resolution to put a serious effort into pole, and the next week I had my first class. I went out and bought mid-length pair of work out shorts and a tank top. Very modest as I wasn’t confident about my body or really knew what the appropriate clothes for pole was.

I was so nervous going into my first class. I stereotyped like most people do and thought it was going to be a bunch of busty blonde strippers in the class. Although, I was pleasantly surprised to see that most of the girls were moms like me trying something new for fitness.

In the class, I started learning how to move around the pole and how to do basic spins. After the first class, my body hurt and I had bruises but my addiction to pole had begun.