Deprecated: Return type of Requests_Cookie_Jar::offsetExists($key) should either be compatible with ArrayAccess::offsetExists(mixed $offset): bool, or the #[\ReturnTypeWillChange] attribute should be used to temporarily suppress the notice in /home/polekitten69/public_html/wp-includes/Requests/Cookie/Jar.php on line 63

Deprecated: Return type of Requests_Cookie_Jar::offsetGet($key) should either be compatible with ArrayAccess::offsetGet(mixed $offset): mixed, or the #[\ReturnTypeWillChange] attribute should be used to temporarily suppress the notice in /home/polekitten69/public_html/wp-includes/Requests/Cookie/Jar.php on line 73

Deprecated: Return type of Requests_Cookie_Jar::offsetSet($key, $value) should either be compatible with ArrayAccess::offsetSet(mixed $offset, mixed $value): void, or the #[\ReturnTypeWillChange] attribute should be used to temporarily suppress the notice in /home/polekitten69/public_html/wp-includes/Requests/Cookie/Jar.php on line 89

Deprecated: Return type of Requests_Cookie_Jar::offsetUnset($key) should either be compatible with ArrayAccess::offsetUnset(mixed $offset): void, or the #[\ReturnTypeWillChange] attribute should be used to temporarily suppress the notice in /home/polekitten69/public_html/wp-includes/Requests/Cookie/Jar.php on line 102

Deprecated: Return type of Requests_Cookie_Jar::getIterator() should either be compatible with IteratorAggregate::getIterator(): Traversable, or the #[\ReturnTypeWillChange] attribute should be used to temporarily suppress the notice in /home/polekitten69/public_html/wp-includes/Requests/Cookie/Jar.php on line 111

Deprecated: Return type of Requests_Utility_CaseInsensitiveDictionary::offsetSet($key, $value) should either be compatible with ArrayAccess::offsetSet(mixed $offset, mixed $value): void, or the #[\ReturnTypeWillChange] attribute should be used to temporarily suppress the notice in /home/polekitten69/public_html/wp-includes/Requests/Utility/CaseInsensitiveDictionary.php on line 68

Deprecated: Return type of Requests_Utility_CaseInsensitiveDictionary::getIterator() should either be compatible with IteratorAggregate::getIterator(): Traversable, or the #[\ReturnTypeWillChange] attribute should be used to temporarily suppress the notice in /home/polekitten69/public_html/wp-includes/Requests/Utility/CaseInsensitiveDictionary.php on line 91
 2020 – Pole kitten Fitness
Skip to content

I had received a text from a neighbour, who is an actor, if I would be interested in playing a small role in a movie he was currently shooting. The role was for a stripper, but all I had do was dress sexy and dance a little. Of course I agreed! I was asked to submit a few wardrobe options and the director narrowed it it down to 2 for me to bring.

The shoot was in Thornhill, just outside Toronto. I was a little nervous about Covid, as the numbers were high in the GTA. And I was a lot nervous but very excited about being in a movie!

When I arrived to the set, I got my make up done. Then the director got me to try on the 2 outfits that he asked me to bring. There was a lot of positive self talk in my head while I was in the bathroom, about to walk out in a small bikini and heels in front of a cast and crew of people. One of the actresses from the scene that was shot before mine, she told me I looked fantastic, that helped a lot! The director choose my turquoise bikini, which is my personal favourite as I wore it for the Snoop Dogg concert.

In my scene, the main character of the film was having a flashback that he was in a club. I was to walk over to him and give him a lap dance. We did a few takes trying the scene out a few different ways and different camera angles and lighting. The director seemed happy with what he got and wrapped the scene

I was there for a total of 1.5 hours and received a pretty good pay check! The money was just the bonus though, the whole experience was amazing enough as it was. The cast and crew were all so friendly and helpful. My neighbour told me after the shoot and that the director was vey happy with me, so I was thrilled.

After 8 long months without being at a pole studio, SASS re opened in a new location in St.Catharines. It was a very rough time without the studio that has been my second home for so many years.

I missed my pole friend so much so it was as a very happy reunion! We celebrated the opening of the studio with a little champagne and I enjoyed the little bit of normalcy. I was also happy that I didn’t loose any of my strength and abilities during the shut down.

With all that being said, I was still hesitant to really fully get back into it as there was rumours of a another lockdown coming. We were unable to have a grand re opening showcase like we did last year. The world is in a pandemic with a second wave possibly approaching.

I went back to work just before the lockdown restrictions started to lift. SASS was closed, so when things started to open up, there was no studio to go back to. Paradisaea offered classes outside, but I didn’t take any classes. I developed a passion for gardening as became a way to unwind after work.

Covid had brought out the worst in people it has seemed. I lost a best friend and a whole group of mom friends after I confronted them about why none of them ever came out to support me at my performances. We were friends for 10 years, our kids grew up together. I always made an effort for them, but they never did for me. I think there was a lot of jealousy happening, they would never admit it, but it was becoming quite obvious that I not longer fit in the group.

I made the very difficult decision to end the toxic one-sided friendships. I cried for days. It took me months to even put on a pair of heels again. I had came to realize that my true friends are my pole/aerial friends. They understand me and will always be there for me, we share similar vibes and empower each other. They are my tribe. So I shed my mom group for pole dancers.

I did try to do a few fun things during what was a very strange summer. Paradisaea held a virtual showcase and I submitted a freestyle piece that I did in my backyard. Shanyn from SASS and I did a pole demo at the Love Shop in St.Catharines. Neither were performing on stages in front of a large audience, but it was better than nothing.

A few girls from the studio became reps for the company Monat. I took part in making a promotional video with them with the girls. It was a fun video to make with a group of strong women.

March 2020 so surreal. Canada got put into lockdown. I was laid off my my job, kids were home schooling, all stores but essentials were closed, so was bars, restaurants and gyms. We were isolated in the house, every day, all day. It was a weird and unstable time. I tried to kept myself busy with cleaning, reorganizing and projects around the house. Shanyn from SASS ran online fitness and pole classes through Zoom. The classes gave me something to look forward to and helped me keep motivated during these difficult times.

Unfortunately, SASS got evicted at the end of May. It was heartbreaking that the studio that was like a second home to me had to close its doors. The landlord was unwilling to help a small business out try to survive the lockdown.

Army of Sass is a separate dance company, but they were using the SASS studio to practice, so they invited the SASS pole girls to perform in their March show again, like we did in December. We all had lots of fun the first time and we were all super excited to be part of the show again. We had a better idea of the stage and space so we were able to plan the routine better. This time, I was going to be featured on the pole, instead of the chair that I did in the first show. I had to miss a few practices due to work, but worked hard to practice when I was at the studio. We were well prepared and the routine was going to be awesome.

The week of the show, the world turned upside down. There Coronavirus was spreading around the word, entire countries were going into lock downs. It was a scary and uncertain time. Here in Ontario, capacity limits were put on indoor venues. We made a group decision not to perform in the show to keep us all safe. It was a hard decision and we were all sad that we never got to perform the routine we all worked so hard on.

With the money that I had made from the Dragonfly performances, I treated myself to some new Pleaser heels. I got a few different styles and colours, since I’ve been performing more I wanted more of a variety. My growing shoe collection created a new problem – where do I put them all!? A trip to IKEA was the solution, as I got shelves to display my heels. That also lead to a little makeover in my room. I got white curtains and hung them around the room so I could use them as backdrops, hiding the rest of the room, when taking photos and videos.

I was asked to come back to be a feature at Dragonfly night club for their Valentines night. They thought I did a great job when I performed there in December and wanted to have me back more regularly.

This time around was not as stressful. The setup went smoothly and again all the staff was super friendly and helpful. The performance was the same as the first one, my first performance started at 11:00 and I did sets of 15 minutes until 1:00. Again, I had my own security at the pole and was given all the free drinks I wanted.

I weighed the lowest I have since I had my kids and felt the strongest I have ever been. The bruises on my feet after performing were my badges of honour. My dreams were coming true, being booked regularly for performances. All the hard work was starting to pay off. I was feeling on top of the world. I had no idea what was about to come and that would be my last performance for a long time.

I started 2020 off with getting another large piece, a unicorn, tattooed on my left ribs. The unicorn is my spirit animal as I feel it really represents who I am; beauty, rare, positivity, joy, hope, pride and diversity. The artist was so the same one that did my pole dancer on my other ribs and she did an incredible job capturing my personality in both pieces. 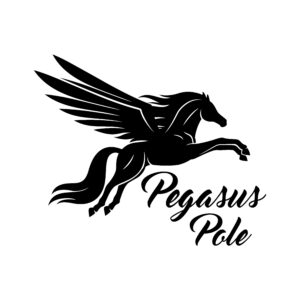