I have had a lot of conversations 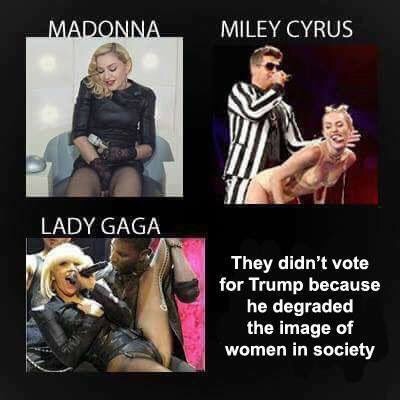 lately regarding feminism. Some feminists believe that artists like Madonna and Lady Gaga degrade woman just like Donald Trump does.  They argue that they are creating a double standard as they want equality but by using their sexuality, they are degrading women by making themselves sexual objects.

I and other women that are confident with their sexuality would disagree.  Woman use their own sexuality to empower themselves.  They own it because it’s theirs and they can do whatever they want with it.  They are taking back the power and using it to be able to express themselves.  There is nothing degrading about that and there is no double standard.  There is a huge difference between choosing to use your own sexuality and being grabbed by the pussy by a man.  The latter is unconsentual and degrading as that is treating a woman as a sexual object.  The woman in the above meme are artists performing on stage.  As I am an artist that performs on stage and expresses my sexuality, I understand these women.  They are successful, beautiful women that have made a career for themselves.  For example, Madonna spent most of her career telling women its okay to be sexual beings.  She was sexually assaulted when she was young and had devoted herself to taking back her sexuality and owning it.

Similar to this meme, was the one created by the London Abused Women’s Center last September. They pulled out of a local Take Back the Night event because the pole studio The Pole House were going to be doing demonstrations at the event.  They then posted this meme, which basically stated that pole dancers are asking to be assaulted.  This obviously enraged the pole community around the world.   Pole is about empowering ourselves and other women and this group judged before bothering to educate themselves about the sport. 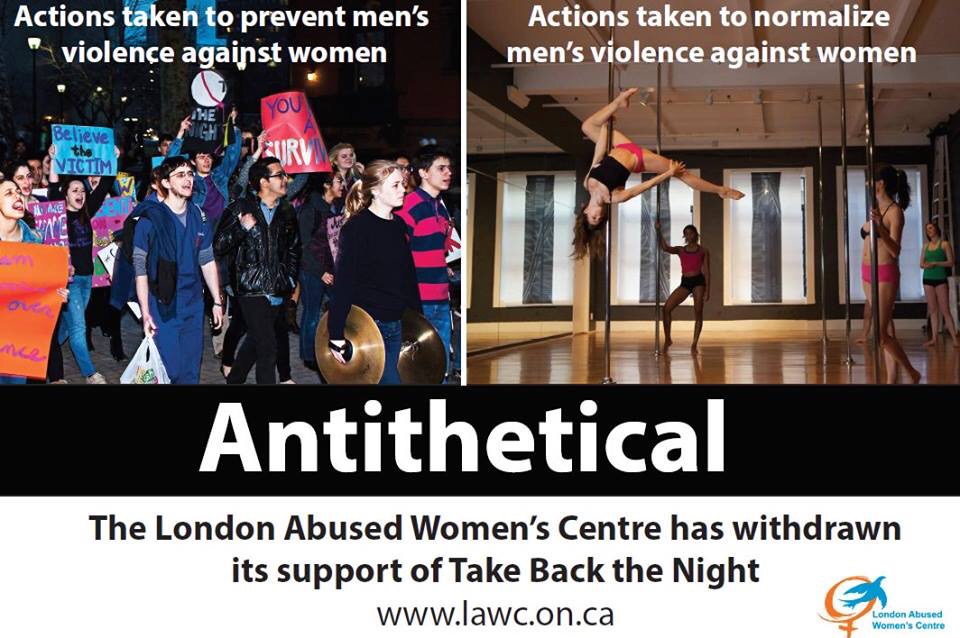 Emma Watson’s response to the conversely of her topless photo in Vanity Fair was on point. She said “Feminism is about having a choice. It’s not a stick with which to beat other women. It’s about freedom, it’s about liberation, it’s about equality. I really don’t know what my [breasts] have to do with it…They’re saying I can’t be a feminist and have boobs.”  Women putting other women down is the complete opposite of feminist thinking.  So many women are unhappy with themselves, but instead of getting out there to change it, they sit on there couch on social media and blast other women that have put themselves out there. They slut and body shame, they try to make themselves feel better by putting other women down.  I don’t have many girl friends anymore because they are jealous and judge.  Some off my best girl friends are my pole sisters because we understand each other.  We support each other, regardless of appearance or abilities.  We are strong women that work very hard physically and mentally to improve and challenge ourselves.  That is what feminism is all about. Let’s be a sisterhood instead of tearing each other apart.